When is the best Bora Bora weather? 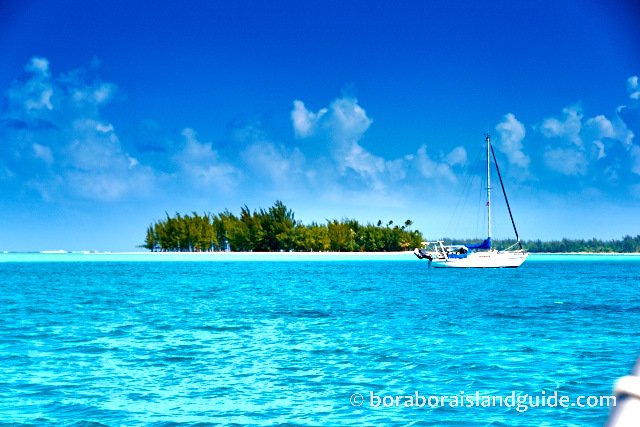 Are you wanting to know when is the best Bora Bora weather? We've been To Tahiti in the summer wet season and had some of the best Bora Bora weather, and we've been there in the winter dry season and had lots of rain (and rainbows). The only guarantee regarding the weather in Bora Bora is that it will be wetter and more humid in the summer months and cooler with more breeze in the winter months.

The Tahitian winter is the best weather in Bora Bora if you prefer less heat, humidity and like the idea of the trade winds cooling everything down. If you don't mind paying a little more, then go during high season to increase your chances of the best Bora Bora weather. We discuss this further on our best month to go to Bora Bora page.

If you want to save money, are on a budget, enjoy hot tropical weather, or want to avoid high tourist season, then the best time to go to Bora Bora is in the low season or shoulder season in Bora Bora. I find that the more times I go, the more I appreciate all of the Bora Bora weather. Rainy days lend a sultry, exotic ambiance to adventures on the lagoon, which remains a brilliant blue.

I do think that your first visit to Bora Bora is the most auspicious. As they say, first impressions count! Bora Bora is at it's prettiest with blue sky and sunshine. So, if possible, take your first trip during the best Bora Bora weather. I wish you lots of sunshine for your first vacation.

Once you know when to get the best weather in Bora Bora explore ideas for designing the Bora Bora vacation of a lifetime.

Find the best Bora Bora weather for you

Bora Bora weather for each month of the year:

January in Bora Bora is the wet season. During January there is high humidity and warmer air temperatures. – about 5°F warmer. January has more rain than other times of the year. A rare cyclone may pass across the Pacific Ocean nearby, bringing several days of intermittent showers and wind.

February in Bora Bora is the wet season. It's about 5°F warmer and a more humid on average. February has a high chance of rain in Bora Bora. While the air temperature can be warmer, the frequent rain cools the air. Bring a raincoat and wet weather gear if traveling at this time of year.

March in Bora Bora is the last month of the wet season. It is humid and about 5°F warmer. The lagoon water is warmest at this time of year.

April in Bora Bora marks the end of wet season. It is regarded as a 'shoulder season' month. There are more hours of sunshine and less chance of rain. This is a good time of year to go to Bora Bora on a budget as the resort rates are lower than during high season prices.

May is another shoulder season month and is a beautiful time of year to visit. Book well in advance to travel to Bora Bora during May, as this month combines good weather and lower prices - so it's a popular time to book.

June in Bora Bora is the beginning of the high season in Bora Bora. The weather in Bora Bora is dryer at this time of year and there is less humidity. The air and water temperatures are cooler on average. The south eastern trade winds begin to blow during June.

July in Bora Bora is peak high season. If you prefer less humidity and not such a hot climate, this is a good month for you to visit Bora Bora. The water temperature is cooler than average and the south eastern trade winds blow, keeping the air cooler. Bring a windproof jacket if traveling at this time of year.

August in Bora Bora is the busiest month. It is high season and still the dry season. The trade winds are at their strongest. This is a good time of year for wind sports and sailing. August in Bora Bora usually has the least rain and less humidity, so may be the best Bora Bora weather for you if you come from a cooler climate.

September in Bora Bora is also High season. It is a dryer time of year and there are less crowds than August,

October in Bora Bora is the last month of the dry season. October is still classified as high season, which usually ends on the 31st of October.

November in Bora Bora is the end of dry season as the weather moves into the wet season later in the month. The weather in November can be patchy, with periods of rain and sunshine. There begins to be more humidity in the air and the island becomes more lush with the rain.

Bora Bora is a unique remote tropical island destination. You can't rush out to Target to grab something that you forgot. There are specific items which you will need, depending upon the time of year you go. Here's what you must know about what to take to Bora Bora.